All my life, I’ve been having the worst experiences with girls. I am not saying that they’re not good, but they’re way too judgmental. Some are nice, but they don’t stay too long. You know why? Because they are meant to leave!

Or maybe it’s just me who become very touchy and emotional when it’s about being friends with any girl. First of all, I don’t have any sister (yes I am the only sister) and my brothers are not much bothered about me (after all, they’re boys) so yes, that’s one problem that I can’t get them or maybe they can’t. I make them friends, become so close that start considering them a sister, cheer them up all the time, be with them in bad times, give them everything I have, truly get close, and start sharing things. But here it comes! They throw a bomb on me (yes they either judge or say bad words and leave). I wonder why are they like this?

Oh yes, I don’t have any close relation with any woman in this world. Yes, I am motherless too! Is that a problem? Is that the reason I hate the word “mother”? Oh wait, no! That’s not it. I’ve seen a mother humiliating and beating you up to death. I’ve seen a mother spoiling her daughter’s relations. I have seen a mother cursing her son. I have also seen a mother kind but deep inside, she is not nice. WHY? WHY WOMEN ARE LIKE THAT?

And then they say, let’s talk about women rights! Damn, just don’t! They are not worth it, damn it! I’ve been broken by them and been cheated by them not once or twice but a million times. I try making them my sister and all they do is kill my heart. WHY? No, I am not being rude, I swear. They’re jealous brats. Or no, they’re not. They’re just born that way. When they see someone innocent and sensitive, they start playing around. Damn, don’t they see how one feels after being broken? Don’t they have hearts? Oh wait, they’re humans. Born this way. CRAP!

I had best friends who ditched me. I had closest girls who just simply cheated, judged, and left! Why are they making me hate them when I don’t want to? Shall I stop being with girls? After all, they’ve given me bad times. I try enjoying with them but in the end they teach me a lesson and that is, “not become friends with any girl ever.” But hey, where’s my fault?

What do you do with a motherless, sister-less person? Keep hurting them just like that? Well done then. Thank you brats. I will still keep on making mistakes because I myself am a girl and I’ll trust you and be emotional every time I become friend with you!

P.S. Please ignore this post. I just want to vent things out. There’s a huge lump in my throat right now with a severe headache. Come on, I am feeling so damaged right now! 😥 Not gaining sympathies I swear. Not having a diary right now and it’s just my diary. IGNORE IT!

13 thoughts on “About those types of Women!” 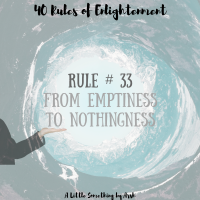 Three months flew by, NOT! These tiny creatures though grow up way too fast (I can tell by the clothes sizes) but completely drain out our energy. Jokes apart, the moment you feel like you're gonna give up, they take a pause and become better. Ariz has been a challenge since day 1, someone who seeks attention 24/7 and wouldn't spend a single minute without you. Oh good Lord, testing out limits to peak! These kids teach you patience in true words. You'll find yourself in chaos yet stay calm. This is what motherhood can do to you, how cool is that 😂 and oh, the husbands are tested more actually because your entire patience multiplies by zero when they do one wrong thing. So dear husband, thanks for keeping up with it all as well, you are no less involved 😁 #3monthold #babyAriz #minion #myminion
My most favorite month of the year is here - the Holy month of Ramadan. It's not just peaceful for many but also a literal much needed soul cleanser! Like every year, again, let's try that if we can't be good, atleast we can't be bad either. If we can't say good, atleast we stop saying bad too. If we can't appreciate others, atleast we stop depreciating them. One less sin, with baby steps ofcourse.
Letter to my daughter: Anfa
I was today years old when I got to know that avocado ko Urdu me Magarnashpati kehte hain 🥑🥸 my question is, magar kiun? 😝
Happy Mother's Day to all moms. What's motherhood without battling with your own sleepless struggles? You can tell from my face rn. And oh, these flowers came from my lovely workplace that knows how to appreciate us well ♥️ *insert khushi k ansoo* thought to pose with the flowers and then inhale (eating in peace is no more a thing) the chocolates sent over 😃
Look who turned two months already Mashallah 🤩 Also, who needs costumes when you're average at editing skills? 😎